Is America as Great as it Seems? 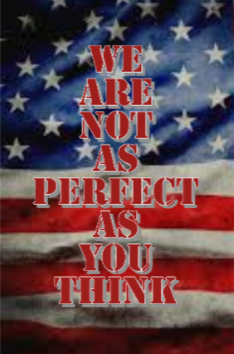 There is this dream, this belief that America is an amazing, peaceful, equal, free place in the world. A place where you could be you, where you can express who you are. You can be colored and proud and you must always be treated equally. In many American dreams, there are these dark, deep situations that many don’t want to talk about. Now it’s time for me to talk about some of the things in America that have been pushed under the rug because my voice matters!

We say the Pledge of Allegiance in school every morning, but the words are not quite accurate. The pledge states, “indivisible with liberty and justice for all.” Where is the “justice for all”? Who is this “all,” and who receives the “justice”? From what I see on the news and what I see in the world, we don’t all have justice. We are not all treated equally. For some there is nothing to worry about. They have it all: money, no worries walking down the street, no worries about your friends or family being shot. No worries about your parents giving up on you and your family.

There are others dealing with more challenges that make life harder to bear.  Others whose fathers are leaving their families, giving up on them, and leaving their sons and daughters to grow up in a toxic, violent environment. We have others growing up without a dad, watching their mom put her blood, sweat and tears into the family. So do these people have the justice? They have to learn to defend themselves and take care of themselves because Daddy was never there to do it. They watch Mom try her hardest to provide for the family. She works double, even triple shifts to provide.

Nowadays, it seems the more melanated you are, the lesser you are treated. Some of us have to be way more cautious with how we walk, talk, and even dress.

This needs to change. We need to make our voices heard. We need true equality. We must show the world that we, black and brown are just as important as caucasians. We need to show that everyone deserves the same foundation–the same starting ground.

On July 11, 2020 there was a peaceful protest for the Black Lives Matter movement. It was right after the tragic death of George Floyd. For black, brown, and indigenous people, this was the last straw.  Although this was a peaceful protest, the cops turned it into a gory, violent event. As protesters were peacefully walking down the street, they noticed more and more groups of cops. They were the National Guard. Why was the National Guard there dressed in full riot gear wearing bulletproof vests during a peaceful protest? They had riot shields as if these protesters were animals ready to attack them.

In reality, these protesters were trying to make their voices heard. They were trying to make the world understand their struggle. They were marching down to the White House in a peaceful manner, exercising their freedom of speech and their right to redress grievances. Why, then, did the National Guard throw pepper balls, shoot rubber bullets, throw tear gas, and tackle people who were peaceful? They were doing nothing wrong. Their only “crime” was peacefully marching for their own rights.

As I watched the news, I noticed something. I noticed that the majority of these National Guards were Caucasian with only a few colored people. I also noticed that this protest went from peaceful to violent in the blink of an eye. I sense the racism, the people in authority taking advantage of their power. It’s no wonder why police brutality is becoming more of an issue today.

The racist acts of police are causing mental and often physical abuse to people of color. This needs to come to an end. Just because we are more melanated does not mean that we deserve to be disrespected.

Again, I quote:  “With liberty and justice for all.”  I’m wondering who receives “justice,” since it’s not the black, brown or indigenous people.