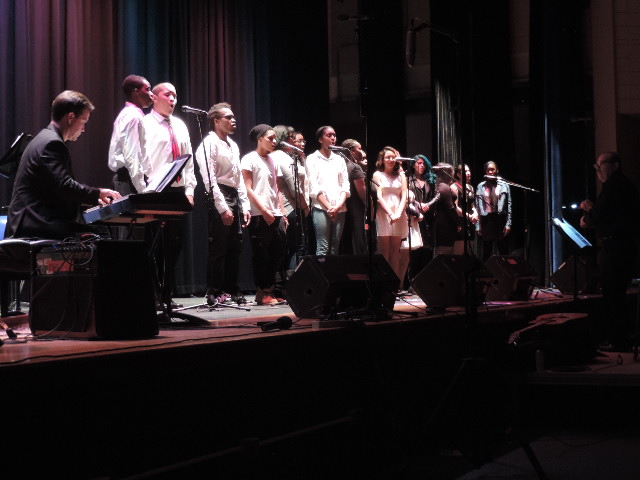 On Wednesday, January 7, the Peekskill High School Winter Concert Band and Chorus performed their annual winter concert. The chorus sang songs in perfect harmony under the direction of Mr. Del Casale. The PHS select chorus performed The National Anthem followed by the full chorus who performed Royals, Carol of the Bells, And So It Goes, As Time Goes By, and Vivar Mi Vida. The PHS Concert and Jazz Ensemble also performed at the winter concert under the direction of Mr. Hahn. The PHS Concert Band performed Fanfare And Flourishes, Explorations, White Christmas and the famous song from the movie Frozen, Let It Go. After months of practice the PHS Chorus and Band performed magically. If you did not get a chance to see the performance live, you can view the concert on the Peekskill Education Channel which was filmed by PCSD Videographer Mr. Brown. In addition, you can view the concert by clicking the following link! http://www.peekskillcsd.org/domain/585